Getting Off Windows XP Will Boost The Reliability Of Your Business IT And The Overall Network Security Within Your Company. 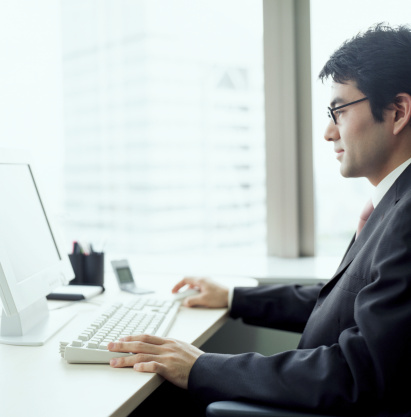 On April 8th, Microsoft pulled the plug on its twelve year support for Microsoft XP. There are no more updates, security patches even fixes that will be given by Microsoft during the second Tuesday of every month. Despite of this, some desktop users still refuse to upgrade from XP. The antivirus firm, Bitdefender has conducted a global survey of above 5,000 companies in three-month time. They found that about 18% still uses XP. Among those are of small and medium-sized businesses. At about 53.4% use Windows 7 Professional while others make use of Windows 7 Home Premium operating system, Windows 7 Ultimate OS or with Windows 8.1 Pro OS.

Companies which still make use of the antiquated operating system are at risk for malware attacks. Their system should therefore be considered unprotected. Bitdefender chief security strategist, Catalin Cosoi has written a blog post stating that Microsoft could have sent a wrong message when they have issued an XP patch for the Internet Explorer weeks later after the plug has been pulled. He also stated that this kind of action will not ever happen again in the future and advised XP users to migrate to a newer supported version. Staying with the old Windows XP is like putting yourself in potential danger. Instead of heading safely to shore, it’s like you just want to stay and get caught in the turbulent rapids.

People like Gregg Keizer were expecting an XPocalypse but for some reason it has not happened as expected. Why users still linger with Windows XP might have believed that running updated malware scanners on their PCs can protect them from the underground recesses of the internet. It may be true in other cases but raw malware exploits may damage core areas of the operating system especially when they do not need a software vector to do the job. It has been found out that a Windows XP registry modification has been tricking the Windows Update servers to allow the system to update by downloading.. Bitdefender found that a web marketing firm has refused to system migrate and it had to deal with around 800 million malware attack within the analysis period of three months.

Microsoft has advised XP users to upgrade their operating system for security purposes because malicious software can damage or steal pertinent information or data. Bitdefender’s survey report found that around 13% of employees can use old credentials and still be able to log in to computer systems from the previous companies they have worked for. That leads to a conclusion that some companies are being indolent in their security. Because of this sloppiness, malware writers search for companies which lack proper security and start exploiting them vastly. It is like enticing a potential predator to try to steal what you have.

Upgrading is the only solution. There might be some heartache in the process saying good-bye to your mom’s favorite OS or splurge for an office system upgrade. It will take time to get around the new OS and getting used to it but least be ensured your system is protected.